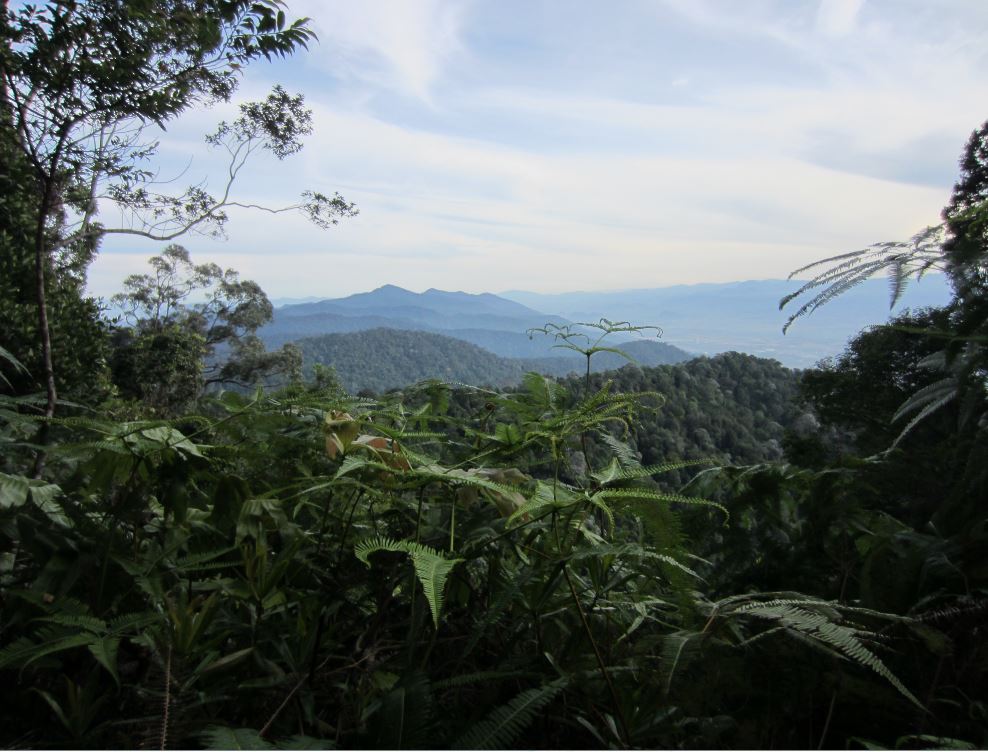 Chye Hoon loved looking at the limestone hills surrounding Ipoh – the mining town where she lived. The hills are still there, vivid on sunny days and dreamy on grey days. They lend the town a distinctive air.  In 2000 when I returned to Malaysia for the first time after 17 years, these same hills took my breath away. I saw them as our car approached the town, looking much the same as in my memories. For the next few days I kept staring out of the window. Summit after summit soared above rooftops in the distant sky.

The hills themselves are covered by trees, but their rock faces are soft. Inside, amazing networks of caves can be found that abound with breathtaking stalactites and stalagmites. It’s no wonder that Chinese immigrants chose to locate temples inside these caves. To give you an idea of the scale I'm talking about, below is the entrance to the cave where I gave an interview in 2016, shortly before The Woman Who Breathed Two Worlds was published. 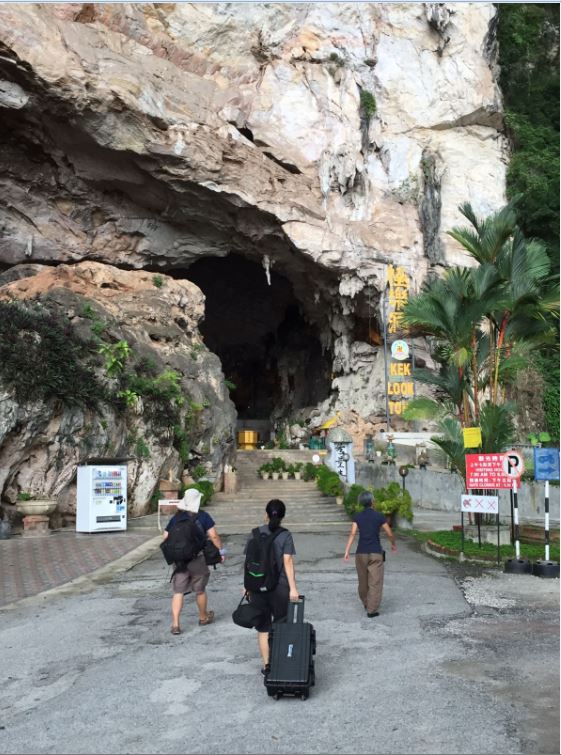 One of the best-known cave temples is the Sam Poh Temple or Sam Poh Tong ('tong' is temple in Chinese). I first visited the Sam Poh Tong as a child. In the course of research I've returned many times to breathe its fresh air and to run my fingers along the rock faces, as my protagonist did. Each time I went I was struck by how vast the complex is. There's a turtle pond too (see below), in the midst of an open-air clearing. I described my experience of the turtles and Sam Poh Tong earlier this year to National Geographic Traveller UK.

There are now many other temples built inside Ipoh’s cave complexes. The temples seem to have been constructed with harmony in mind: they don’t intrude, but blend in with their surroundings. Above on the right you can see the grand hall in the Kek Lok Tong, where we were spoilt for choice when it came to interview spots.

On another visit I stumbled across what must be one of the oldest shrines at the Nam Thean Tong, with remarkable effigies of gods and goddesses. The urn is obviously no longer in use. Urns like this are conveniently placed to allow worshippers to thrust their still-burning joss-sticks into soil and ash.

What photographs don’t quite capture is the sense of mystery and awe that still pervades these caves. They have an aura of stillness too, and stand apart from the hustle and bustle of the town. And they’re still cooled by the breezes that Chye Hoon called ‘breath of the gods’. You can picture her praying in front of a shrine like the one below and then loitering in the garden afterwards to take in the air.

Modern artists have created paintings on some of the rocks. There are plenty of natural formations, though, with shapes both wondrous and eerie. You can see why they captivated Chye Hoon. The photograph below was taken using an ordinary camera and has not been enhanced in any way. I wouldn’t want to spend the night alone with just these for company, would you? 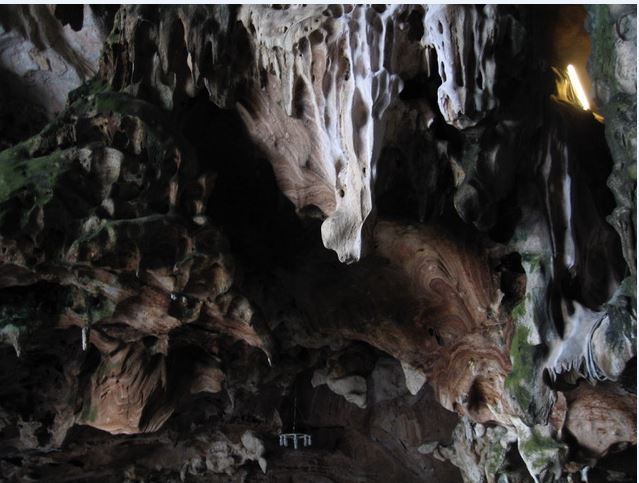