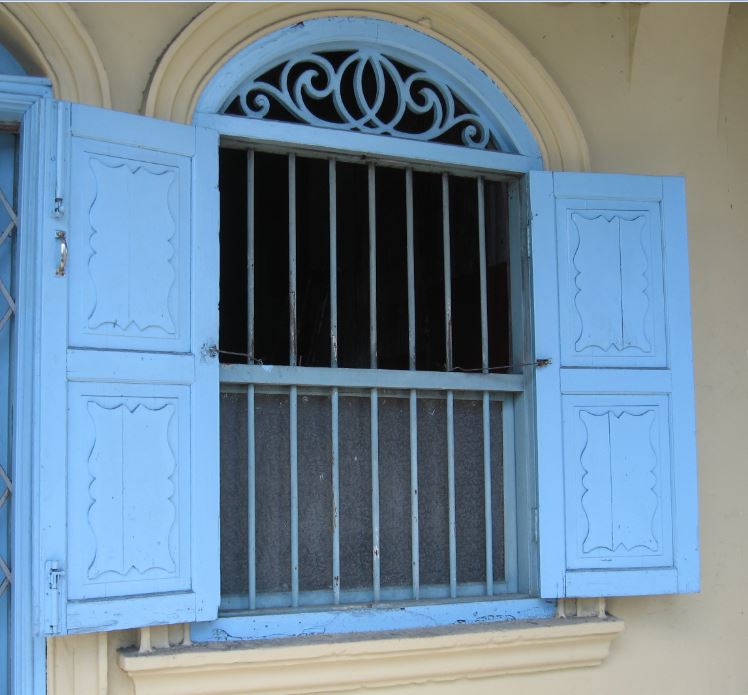 When she’s still a child in Penang, Chye Hoon describes a feeling of imprisonment:

‘Our windows were mere holes in the wall but beautifully finished, with wooden burglar bars running vertically downwards and outside shutters painted in light blue. The shutters were carved with the motif of a bird, its wings outstretched – free, like my younger brother and the neighbourhood boys.’

Malaysian shop-houses were built by Chinese immigrants, but the Nyonyas and Babas put their own stamp on their houses. They chose bright colours for walls, ornate floor and wall tiles and unusual motifs for doors and window shutters. Here are some examples of the shutters and windows in refurbished shop-houses.

As with so many things Malaysian, the architectural style of these shop-houses incorporates many influences, including Indian, Malay and European. This is evident in the five-foot ways – the ubiquitous corridors that ran along the entire length of shop-houses. An example is pictured below. 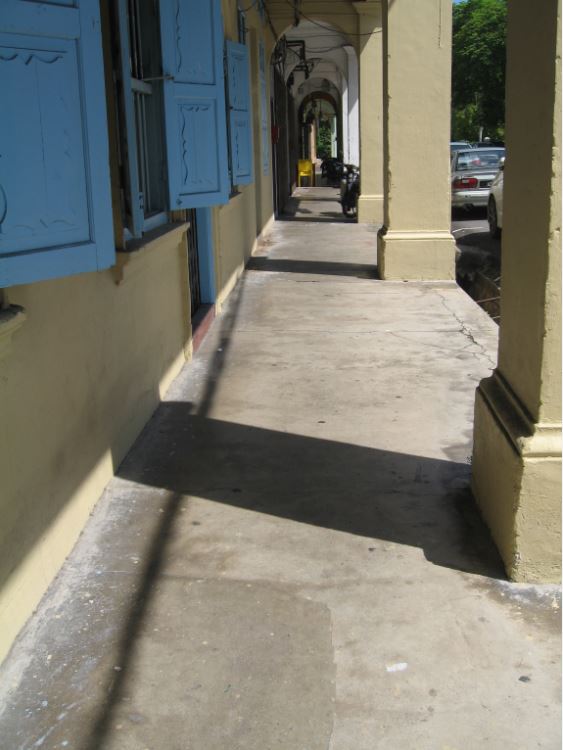 The five-foot way was officially invented by Sir Stamford Raffles, the man most associated with the colonisation of Singapore, the island located on Malaysia’s southern tip. There were already shaded corridors running along the fronts of rows of shop-houses, probably to keep them cool in the tropical heat. In 1822 Raffles decreed that the corridors should all be five feet in width. Thereafter, these corridors became known as five-foot ways and spread north. 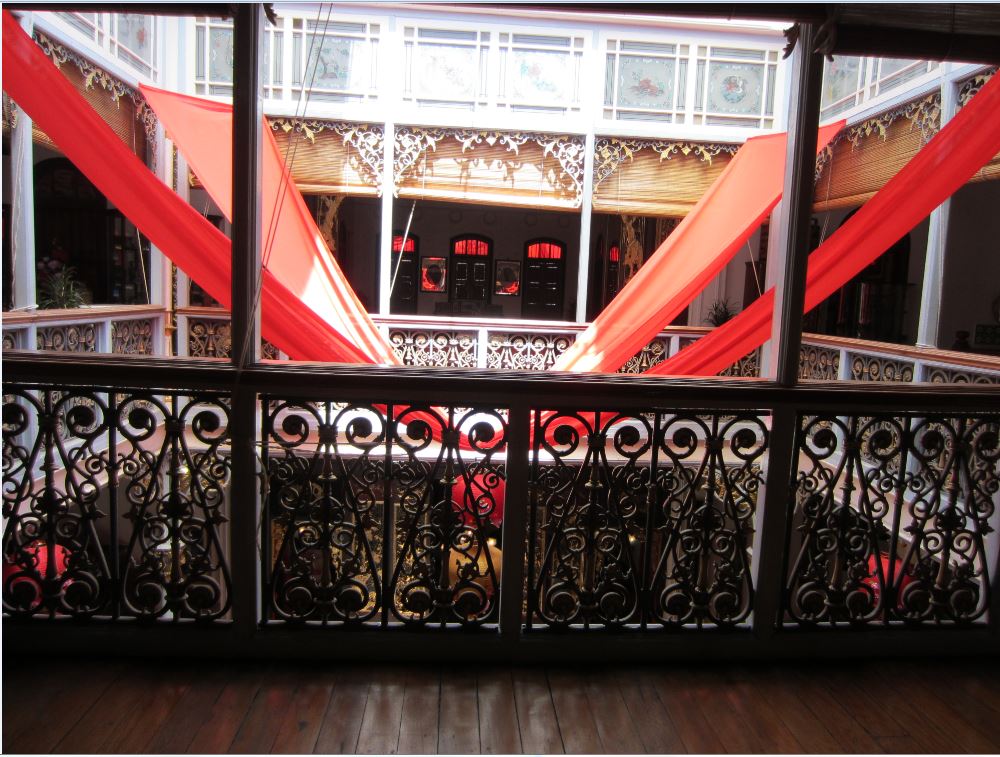 Other characteristics of old shop-houses included wide overhanging roofs, high ceilings and air wells – the open courtyards mentioned in both The Woman Who Breathed Two Worlds and When the Future Comes Too Soon. Air wells allowed breezes and sunlight in. Above is an imposing example inside a wealthy Nyonya-Baba home. The air wells in ordinary houses would have been smaller, but were similarly situated over the cooking area so that their ventilation would help dissipate the smells of cooking.

Nyonya-Baba homes were colourful places! Wonderful examples can be found in the towns of Malacca, Penang and Singapore, where they chiefly lived. 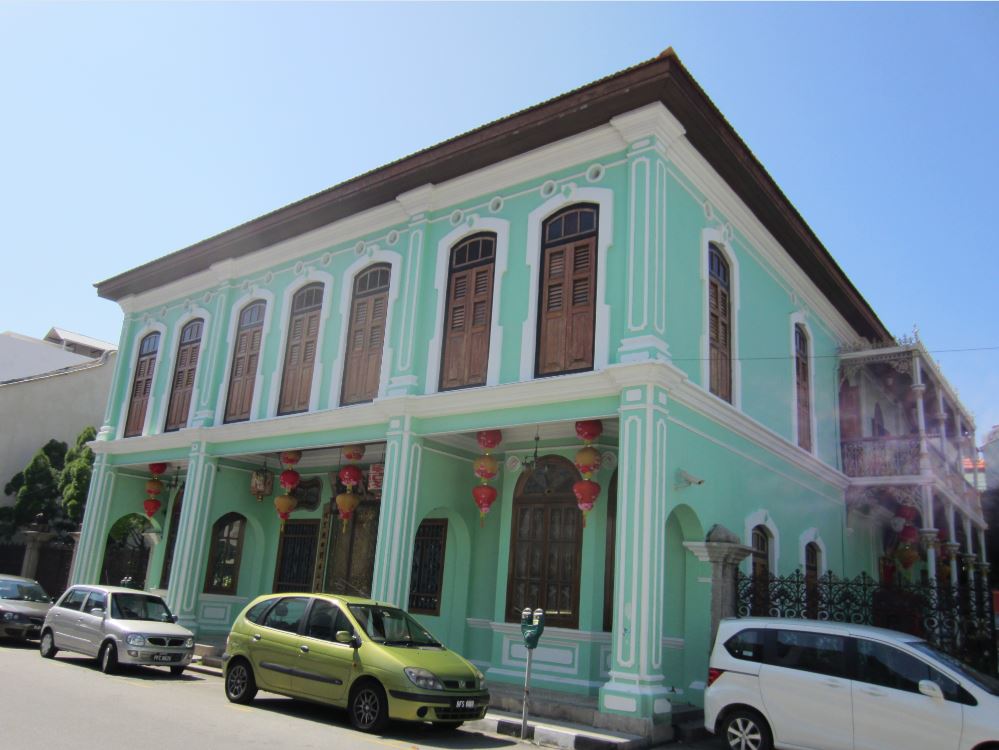